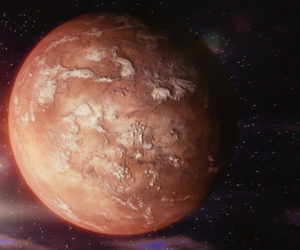 First, the history of the colonization of the Americas. Mostly, colonization didn’t follow the pattern here in the US. Most of the places that were colonized by European powers are still far behind not only the US, but the European nation that colonized them. With the exceptions of Canada and the United States, colonization has not lead to wealthy and free nations in the Americas – and only the US is a superpower economically, politically, or militarily. Canada is nice, but they’re not projecting themselves all over the world in a fashion similar to the US or other global powers like China or the UK.  And countries like Haiti are exceptionally poor, and that poverty is more typical than North American prosperity. One could infer that most space colonization will be just as ridiculously imbalanced – beholden to Earth powers and existing for Earth purposes, for the profit of Earth.

Second, and this might be even more significant, is that conditions on Mars (or anywhere else we’ll colonize in space; Mars is the best case scenario after all) won’t be as clement as North America. In particular, Mars won’t have anything to export, and Mars won’t be nearly so rich in materials relative to Earth as North America was to England.

More specifically, Mars will have nothing at all to trade. Considering the immense travel costs, nothing on Mars is worth very much on Earth. There is no mineral wealth on Mars that would be worth dragging it fifty million miles or more to get to here. This is also true of worked goods – for low-gravity manufacture, Earth orbit is nearer and would be cheaper in both a material sense and an economic sense.

To wit, there is nothing on Mars worth having.

In the Americas, though, there was a lot worth having – things that could not be gotten anywhere else, and other things that were worth the trip. So by the time of the American Revolution, tobacco was a major cash crop – a product that was best grown in North America (and still is), highly adapted to the environment of the Upper South.

Just outside of North America (and somewhat along the Gulf Coast), there was sugar. While not native to the Americas, the Caribbean islands proved the ideal place to grow it.  The Carolinas were producing rice as a cash crop, too.

And, of course, it was worthwhile to ship gold and silver from the Americas to Europe, as the Spanish did en masse.

Add to this the development of large-scale cotton plantations, especially once the cotton gin was invented, and one can see that the economic opportunities of North America were substantial compared to anything you’ll find on Mars. The travel costs from Mars – first out of the gravity well, and then across interstellar space – are going to be so great that not even blocks of gold would be profitable. Not that anyone expects to find much gold on Mars, given that it’s a less dense planet.

Mars has nothing for Earth.

Additionally, the North American climate was more clement than Europe at the time. While the Northeastern winters were bitter, the people there were surrounded by wood. While  the early colonies in North America were extremely poor, in other ways they were extraordinarily fortunate.

American homes, for instance, were crude compared to European homes. This is because Americans did not bother to make boards for their houses. They used whole tree trunks! And despite the cold weather, there was always wood to be burned – vast quantities of it – which was unlike England at the time. So despite the “crudeness” of the houses, they were more solid than English homes, and warmer even in the harsh New England weather due to the volume of firewood accessible to even the very poor.

Plus, the soil in the Americas had not been depleted by two thousand years of medieval and classical farming techniques. And the fisheries of North America were so full of fish that it was worthwhile for Europeans to travel here to fish in them! How much easier, then, for Americans! So, in addition to having more comfortable homes (in the sense that they were warmer), the Americans enjoyed far greater food security than the majority of the English. The Americans had fewer iron goods, it is true, and almost no “luxury” items in the sense of jewelry, mirrors, glassworks, and things that nature, but they were warm and well-fed compared to their European peers.

On Mars, that’s not going to be the case. The air, itself, will be carefully managed. Mars colonists will not have the abundance of necessary materials as were enjoyed by the North American colonists.

If the belief that Mars would be the United States in space was confined to the literary world and used as a metaphor, I wouldn’t be bothering to write this. But it has entered the imagination of people like Neil deGrasse-Tyson who says that Mars exploration would jump start our whole damn economy.  And on a personal level, I know several people who are hot on Mars exploration and colonization.

This, despite the true fact that THERE IS NOTHING ON MARS.

Which is not to say there is nothing in space. But the good stuff is located on asteroids. Recently, an asteroid passed the Earth with an estimated 5.4 trillion dollars worth of platinum. And the really good stuff is in the Asteroid Belt – enough heavy metals to turn things that are currently so exotic they’re not used into industrial metals, such as iridium. There are things located in space that we want that are worth getting despite the distance and difficulty, and going out there to get them would also motivate us to develop space-based manufacturing facilities, spur the development of a practical space elevator, etc. So I am very much for the development of space, but Mars isn’t the place to go because there is nothing on Mars that it wouldn’t be cheaper and better to get either here on Earth or somewhere else in the Solar System.

Down with Mars exploration – but a big up for exploration of asteroids, both near-Earth asteroids and in the Asteroid Belt.