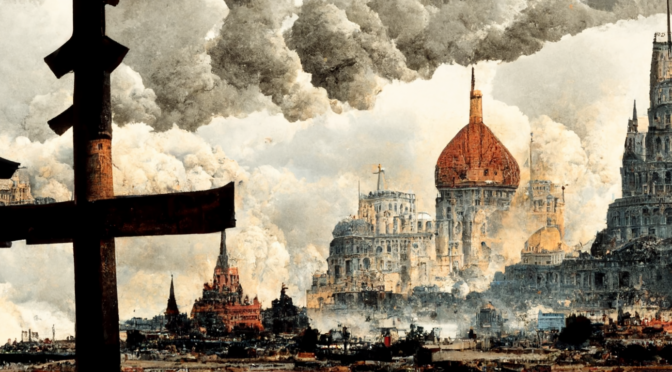 Francis Fukuyama, a Hegelian philosopher and political scientist, wrote an article that appeared in The Atlantic, “More Proof That This is Really the End of History.” He said that the current regime of strongmen in places like Russia and China again demonstrates that liberal democracies are the only serious game in town.

I know he’s a big-shot historian and philosopher, but my brows crinkle when I think of the history of democracy. Liberal democracies have incredibly violent spasms. The Napoleonic wars were the product of the very French Revolution that inspired Hegel in the first place. The US Civil War arose from the weaknesses of the Great Compromise in American liberal democracy. The October Revolution arose from the failure of Russian liberal democracy, and World War II was the shattering of the Weimar Republic.

So, yes, liberal democracy is still the best game in town, but it might not be a good enough game. I know there has been no system of human government that has not occasionally cannibalized itself. It is the veritable history of monarchy, where the purpose of government was military expansion, which was madness incarnate and caused unimaginable suffering.

But the spasms of anti-democratic violence keep growing in intensity. How many more world wars can civilization, the species, or even the planet endure? There are more nuclear-armed states than ever before. A new violent test of liberal democracy on a global scale will almost certainly involve nuclear weapons… and we need to avoid that end. And would even a nuclear war prevent yet another, further violent test of democratic liberalism in another eighty years, but with weapons even more mind-bogglingly powerful? If you think hydrogen bombs are the end of weapon design, I assure you they are not, and the space-based weapons that could even now be made will make hydrogen bombs look like firecrackers.

To blithely say that, sure, there might be another giant war caused by grotesque governmental failures all over the globe ignores both the environmental impact and potential use of thermonuclear weapons.

So, I found the article shallow. But I often do with Fukuyama.