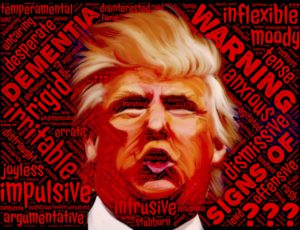 END_OF_DOCUMENT_TOKEN_TO_BE_REPLACED

I’m reading about Ayn Rand because I intend to write a parody of Atlas Shrugged, which takes the form of a novel that occurs immediately after the end of Rand’s novel (albeit changed enough to remove the threat of copyright infringement, and strengthen a fair use defense in case something weird happens). The purpose of the parody is to create a rejoinder to the political, philosophical, and economic principles that Ayn Rand lays out in the novel.

END_OF_DOCUMENT_TOKEN_TO_BE_REPLACED

My agonies are done. I have finished reading Atlas Shrugged. I will have to go back to it, time and again in the coming months for research, but the worst is over. I no longer have to engage in the novel as a novel, but merely as a resource to drive my parody.

In this review, I’m going to talk about Atlas Shrugged as art. It is a book that is both philosophical and political, but I’m going to leave that for another review. This one is just about Ayn Rand’s art.

I can say with absolute certainty and clarity that this is the worst novel I’ve ever finished reading in terms of artistry. Atlas Shrugged is not I novel I dislike, it is a novel that is as close to objectively bad as can be written. I am going to write a numbered list – who on the Internet doesn’t like numbered lists? – that outline just some of the absurdities, bad research, and contradictions of Atlas Shrugged. Some will be general, others quite specific.  Their sheer number is so breath-taking, so overwhelming as to remove all doubt about the quality of this novel: it is garbage.  No, no, it is objectively and uncategorically garbage.

END_OF_DOCUMENT_TOKEN_TO_BE_REPLACED

I’ve just got done with John Galt’s long speech in Atlas Shrugged by Ayn Rand. It’s part philosophy lecture and part insult-comic rant. It is bad at both. (Later on, in my general critique of Atlas Shrugged, I’ll cover the most serious of her flaws in regards to art, politics and economics. It would take a book-length critique to get them all, but there are several that are especially glaring, even to me.)

There are three primary philosophical sins in John Galt’s 36,000 word speech: the first is badly constructed syllogisms, the second is reliance on arguments from authority, the third is straw man arguments. I’m going to give an example of each, but just one, because the speech sixty-plus pages long and it would take forever to cover everything.

END_OF_DOCUMENT_TOKEN_TO_BE_REPLACED

John Galt looks a lot like a cult leader.

After having read the first couple of chapters of part three of Atlas Shrugged, something started to look mighty familiar from my research for Simon Peter: John Galt has nearly every characteristic of a doomsday millenarian cult leader.

First, John Galt approaches people – or has them approached – when they’re psychologically vulnerable. He targets people who are in the midst of exceptional crises, in this case, generally the failure of their business or some other great professional failure.

END_OF_DOCUMENT_TOKEN_TO_BE_REPLACED

I believe I have figured out the appeal of Atlas Shrugged.

#1. Herbert Spencer’s defense of capitalism is flawed. Before there was Ayn Rand, the philosopher of the market was Herbert Spencer, who used a social Darwinism message to defend the unchecked accumulation of wealth. The argument ran: “Evolutionarily speaking, if you’ve got it and you can keep it, you deserve it, no matter the source.”

The immense flaw with this plan is that if, say, the Russian Revolution came along and reminded merchants that they were a bunch of wussy powderpuffs wholly dependent people capable and willing to kick ass to defend them from brutal thugs who would kick their middle classes asses in a hot minute, then the very philosophy they espoused was turned against them: unable to hold onto things, they did NOT deserve them, and now the communists do.

END_OF_DOCUMENT_TOKEN_TO_BE_REPLACED

Rotten Tomatoes gives it an 11% score. It is the highest rated of the Atlas Shrugged trilogy of movies, and the score is justified. It is not a good movie.

Still, I’m not here to damn the movie, exactly, but to discuss it, comparatively, to Part 1 of the novel.

END_OF_DOCUMENT_TOKEN_TO_BE_REPLACED

Apropos my previous, serious post about reinterpreting Atlas Shrugged, there’s something kicking around my head: how the actions of Galt’s guys are similar to the work stoppage. After all, if I say that people are doing work stoppages to prevent the US from benefiting the USSR, it is also clear that Galt and his guys are also contrary to the USSR.

No.  They’re not the same thing.

In many times of political crisis and chaos, bandits and warlords arise. The bandits are the enemy of both the invaders and the people – they aren’t motivated by a desire to see their country free of foreign influence, but their own personal profit.

Galt’s goons fit that description. America is going to hell in a hand basket, and what they’re worried about is how individual businessmen can’t make enormous piles of money. They take advantage of the weakened state, and further weaken it, to create the conditions where they can take profit from America’s misery.

That Galt’s goons have an ideology hastily pasted onto their terrorism is normal. Many bandits say that they’re looking out for people, or fighting an unjust system. The Shining Path rebels mouth Marx while shipping drugs, for instance. The Contras in Nicaragua said they wanted to “free” the people from socialist tyranny. The Taliban talks about creating a Caliphate. So what? Ideology doesn’t magically transform bandits into freedom fighters.

Galt and his associates are just bandits, terrorists, and criminals.