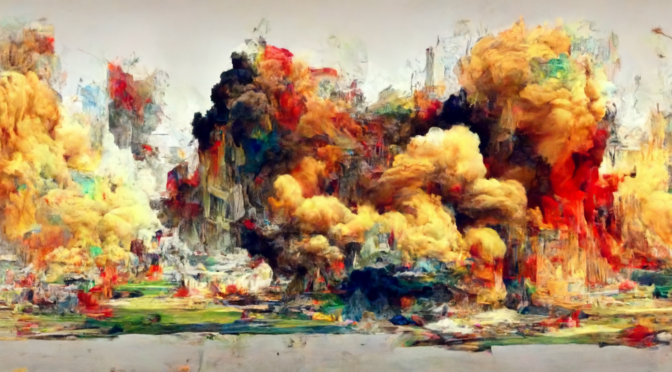 Adobe will include a bunch of AI art tools in the Adobe MAX suite of tools. This isn’t a surprise because it is evident that a lot of visual arts are going to be AI moving forward. In announcing this, Adobe spent a lot of time saying that these tools would not replace artists.

Nonsense. Since the start of the Industrial Revolution, that has been the point of mechanized labor. Workers are a liability, machines are an asset. People who say that industrialization has created more jobs than it has destroyed have absolutely, utterly ignored the rise of global unemployment. Before the Industrial Revolution, unemployment was functionally zero percent. There was always more work to be done than there were hands to do it because everything was done by hand.  It took a highly irregular set of conditions to create unemployment, and full employment was the norm before the Industrial Revolution.  Afterward, unemployment becomes a permanent – indeed institutionalized – condition.  (Businesses like being able to force workers to compete against each other for jobs.)  Particularly in countries that were not heavily industrialized.

And the jobs that were created were usually of lower status than the ones they destroyed. Farmers and smiths and tailors were turned into factory workers who were turned into cashiers. About a third of Americans work in low-paying service industry jobs. But those are going away, too, replaced by apps and touch screens and vending machines.

The difference is that artists thought themselves beyond the reach of this automation. “Oh,” they said – and I say THEY said because I have long known this day would come – “they can’t replace US. We’re creative.”

Well, apparently, if you feed enough images into a computer and feed that computer with enough energy, it isn’t that hard to create compelling images. The only thing that surprises me is that visual arts are the first to feel this pinch. I thought it would be words, but it appears that long-form narratives are more difficult to create than I thought. (To be fair, several of my visual artist friends have told me that was the case, that writing is harder than painting. I initially dismissed this because, gosh, painting well is damn hard. AI begs to differ, apparently.) I think that words will be last, now, after music. But I have little doubt it will happen.

This is big stuff. Up to now, AI-generated art has been on the fringes. Google has done research into it, but it’s Google. They put their fingers in many pies and then give up when it gets hard all the fucking time. But imagine generation and manipulation is Adobe’s stock-in-trade. It’s the core of their business. In this field, they should push hard into AI. Their rhetoric about AI only being a “co-pilot” to the artists is a salve to the conscience to get people to use their products and find out how cool they are before firing nearly all visual artists.

Specifically, I have little doubt that many low-level digital art positions in the video game industry will soon be on the chopping block, assuming they aren’t already.

But this isn’t different than how industrial machines destroyed fields like blacksmithing or so changed the economy that in 1800 about 70% of the population in Western nations were farmers compared to about 2% now. Machines destroy jobs. Business loves it when machines destroy jobs and turns the liability of human labor into the asset of machine production.

I say none of this as a glorification of what is to come.  One of the biggest failures of democracy has been its unwillingness or inability to confront business when it destroys the jobs of human laborers.  I’m just saying that mechanization is now coming after creative jobs unlike ever before.