I was initially going to start this post with comments about my new used bike, the Cruzbike Sofrider whose name is Rhino, and then some thoughts about the perils of calorie calculations BEFORE giving my weight data. But it turned into a rant, so I’m going to do weight numbers, first!

END_OF_DOCUMENT_TOKEN_TO_BE_REPLACED 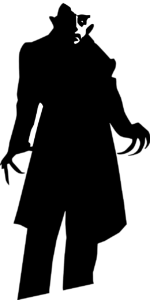 A day late because I was traveling this weekend.

For the next couple of weeks, probably, the numbers might be a little wonky. My new bike is more challenging to ride, but I’ll be doing the 20-mile rides on it with my wife! I won’t be having the same intensity as before, not until I get comfortable on the Cruzbike Sofrider.

END_OF_DOCUMENT_TOKEN_TO_BE_REPLACED

I’ve got a new, weird bike! Pictures provided, duh. Go to the bottom if you want to see the rest of them and ignore all these words!

The bicycle is a Cruzbike Sofrider. It has a dynamic boom front wheel drive and is an all around strange little ride, I must admit. The reason I got it? Well, sometimes, when you’re a cyclist, you just want a new bike. And I got it used, which mostly means that if I don’t like it, I can sell it for more-or-less what I bought it for – which is, I think, the secret to all of this. You put aside some money for buying a bike and then recycle the money until you find the ride you want! So this is an experiment to decide if I like the dynamic boom FWD bikes, and if I do, I’ll likely end up getting a Cruzbike Vendetta for my coming birthday as my fast bike. Since it does seem to be, and I say this with no exaggeration, the fastest unfaired bicycle made.

END_OF_DOCUMENT_TOKEN_TO_BE_REPLACED

Before I get to the numbers, I’m gonna say that this whole experience has confirmed in my head that being overweight is, primarily, a disease. Since part of what creates the disease is bad upbringing, and due to society saying that being overweight is a matter of character and not physiology and psychiatry, for most of my life, I have believed that the flaw was in my heart and soul. That if I had “willpower,” I would be able to overcome my urge to overeat or, at least, exercise a lot more than I had.

END_OF_DOCUMENT_TOKEN_TO_BE_REPLACED

This Cruzbike blog post talks about the new Union Cycliste Internationale’s manifesto, Cycling for All. Cruzbike’s Jim Parker says, and I paraphrase, that without recumbents in the conversation, the UCI’s manifesto is so much hot air because upright bicycles are structurally unhealthy for people – causing serious pain if used regularly, particularly in middle-aged and older cyclists. If the UCI is serious about “bicycling for all,” we must talk about place of recumbents in the cycling world.

Of course, I agree that recumbents should be in the conversation – indeed, I think that most riders would prefer recumbents due to comfort. In the car biz, top speed and hill climbing ability is not the only criteria for excellence – comfort, style, affordability, etc., play serious roles. The constant criticism of upright bicyclists about the perceived lack of hill climbing ability of recumbents is simply irrelevant to the “the all” in the bicycling for all. Most riders will never seek out ten thousand feet of climbing for a day’s ride, after all, and will go to great lengths to avoid that kind of climbing.

END_OF_DOCUMENT_TOKEN_TO_BE_REPLACED

So, Kit, how WOULD you sell recumbent bicycles to kids, given their costs?

First, I’d sell them to rich people.  While most parents aren’t able to spend a thousand (much less two or three thousand) on a bicycle, there is a distinct group who don’t think that $1200 or $1800 is too much for a bike.  The wealthy.  Sell bikes to them.  Since rich kids tend to set trends, their recumbent bikes will put pressure on bike companies to make less expensive offerings for middle- and working-class children.

Second, and with a lot less “ick” factor, is marketing them to overweight kids and their parents.

Of course, some of this is based on my experience, but with children in the United States getting heavier and heavier due to a toxic combination where sweet and fatty foods are aggressively marketed to kids AND a sedentary lifestyle abetted by the Internet and video games, a lot of them might want to ride upright bicycles but find them uncomfortable.  If you’re fourteen and your parents get you an upright street bike in the hopes that you’ll get out more often, only to find it propping up a garage wall because it is too uncomfortable. . . well, that does no one any good, right?

On the other hand, bents are comfy bikes.  They can be marketed at parents as essential and useful exercise equipment – rationalizing the higher price for a bent than upright bike.  Saying to a parent, “Spend $1200 on a bicycle that won’t hurt your kid’s back, neck, and groin, dramatically increasing the odds of them using it and lose weight” is a pretty good pitch.

That’s how I’d market to kids, though.  I’d advertise higher-end recumbents to rich people as “cool.”  Then I’d focus on parents of overweight children as an exercise tool that has a higher chance of being used than an upright bicycle.  Once they’re hooked, I bet they’ll stay hooked. 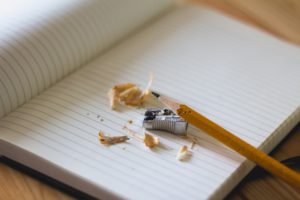 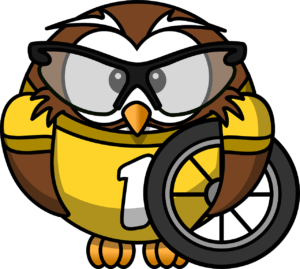 This is slightly weird. The week before, I rode nearly sixty more miles and lost 2.5 pounds – for one pound of weight for every 9692 calories used on my bicycle. I know that local variation can be significant, but during the past week, I ALSO went to a show – so I spent the whole weekend eating steak and lasagne without getting on my bicycle once. So I am pretty surprised I lost 40% more weight with that much less exercise.

I’ll continue to update my progress, but it seems out of whack. Though, to some extent, that is what I expected.  Still, data!

It’s Weight-Loss Monday, my hopefully weekly blog post about how my weight loss is going, and the experiment to judge the whole “food in, exercise it off” thing that we’re told.

Some notes on how I’m doing this: I’ll get up, calculate the miles that were ridden and approximate calories expended using the data from MapMyRide.com as recorded from my bike computer. I will relieve myself, then weigh myself, and record the result. Then I’ll write a post about it! I will try to do this every Monday. The details are at the end if you want to skip the methodology part.