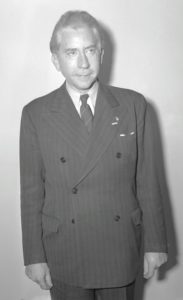 I’m here to talk about fake news.  As a political independent over on the left, the current hue and cry over “fake news” is interesting to me because it is evident to me that much of news is “fake.”  In the YouTube video I posted here, Jon Stewart, the former host of The Daily Show, talks about listening to talk radio as he drives and how the right-wing people on the shows he listens to are saying truly insane things.

They are, and always have been, and they’ve long been very popular.  I remember quite clearly when Rush Limbaugh was hitting it big, and my then-friend sang his praises, characterizing him as well-researched news with unimpeachable arguments.  I tuned in for the better part of a month, listening to Limbaugh with horror.  Nothing he said was well-researched, and he engaged in many outright lies – all the while spewing vitriol on anyone who wasn’t exactly like him.  And this was in the 1990s, well before social media and “fake news,” a friend of mine characterized him as both informed and reasonable.

If you go back to the beginning of the country, “fake news” abounded.  The Boston Massacre was ginned up in the news rags of the day.  Then-modern news accounts of the tragedy left out the extent to which the British soldiers were being threatened by an angry mob, insulting them and hurling snowballs, stones, and other objects.  By modern standards, the British soldiers showed incredible restraint, refraining from firing even after being pelted.  Eventually, a soldier struck on the head did fire, without orders, but the tipping point had been reached: the soldiers fired into the crowd.

Wood carvings of the incident show well-regulated British soldiers being ordered to fire into the crowd – including a sniper in a window.  Pamphlets were circulated with stories that the soldiers acted with no provocation, in a calculated fashion under orders.  These accounts were untrue, but the image of the woodcut became the “reality” for colonial Americans, and not the more nuanced view of the riot and subsequent shooting as revealed in the trial of the British soldiers.

Our country was quite literally founded, in part, by “fake news.”

Likewise, “fake news” is seen to be a primarily rightist phenomenon – and while the preponderance of fake news is to the right, it isn’t like the left is free of it, either.  I recently watched a couple of episodes of Keith Olberman’s histrionically named The Resistance and found it rife with fabrications and untruths as serious as anything I’ve heard from Rush Limbaugh.  In particular, for a bit, Olberman was pushing the ridiculous concept that “Russian interference” was substantial enough in our election to justify electors switching their votes to Hillary Clinton.

But where was Olberman when UK-based newspapers like the Guardian effectively stumped for Clinton?  When Russia, through Wikileaks, publishes newsworthy sources, it is a violation of our national sovereignty – but when the Guardian publishes illegally obtained documents from Edward Snowden it’s just journalism?  When the Guardian pushes Clinton as mightily as it can, it’s not interference?  Let us be reasonable, here.  Foreign powers commonly take sides in elections in foreign countries, often expressing a preference one way or another – such as the way the US press and State Department treated Hugo Chavez.  It is standard for countries, both the press and government, to express opinions about outside elections.  The US does it, and we cannot be surprised that Russia does it.

But Olberman happily pushes the lie that Russian interference was someone less severe than, say, the Guardian’s interference in our elections.  The truth is that foreigners are quite allowed to attempt to influence the opinions of Americans.  Olberman knows that, but he is so partisan he preferred the convenient lie to the inconvenient truth.

Would I like it for news to be more, well, reasonable?  More truthful?  Absolutely.  But I live in the United States, and I think freedom of speech and the press is far, far more important than any individual opinion held by any particular person about what the truth “really is,” or how it “should” be presented to the public.  Do I find Limbaugh and his ilk idiotic, yea, pathetic?  Absolutely.  But I feel the same way about Olberman, the Young Turks, and leftist purveyors of false news equally idiotic and pathetic – especially as they cast stones from glass houses about “fake news.”

More generally, I find the uproar against “false news” to be typical of Democratic elitism and how they would cheerfully march towards tyranny if given a chance.  The narrative that surrounds “false news” is that ignorant Midwesterners need to be protected from malevolent freedom of the press!  This has been amplified this election season because most college-educated Americans (who generally vote Republican) instead voted Democratic – the Democrats can tell themselves (and they are) that they are the party of the educated elite who “understand” the world better.
This, after all, is the call-to-arms of all censors – the idea that some subset of the population needs “protection” from exposure to the “wrong” ideas
If you’re honestly worried about “false news,” first, clean your house.  Recognize that false news exists on whatever part of the political spectrum you fall – whether it’s gullible Communist Party USA members valorizing the murderous strongman Josef Stalin, or buying the New York Times’s analysis of Colin Powell’s “slam dunk” UN speech “proving” there were weapons of mass destruction in Iraq, or the rightist conspiracy theories of birtherism and Benghazi.  We all have crap news.

Then, move out of your comfort zone.  Recently, a friend asked for me to do research on something expressly because he didn’t want to do “hours of research outside of his comfort zone.”  Fuck the “comfort zone.”  That’s how this starts, right?  People call news that confirms their biases “true,” and news that runs against their biases “false.”  That is lazy and cowardly, if for no other reason than you need to know your rival’s argument to counter it – and if you find you can’t honestly counter it, it shows a hole in your education or even your beliefs.

In the end, though, to get rid of false news requires something very hard – to admit that you are wrong.  Hell, not just that you are wrong, that perhaps you and everyone you know (since we tend to surround ourselves with people who think like us) is wrong.  This will probably require a change in our society, from one that believes holding onto an idea in the face of evidence to the contrary shows strength, into one that knows that changing an idea because of overwhelming evidence is far better – that it takes more energy, knowledge, and even character to hold off from totally committing to a belief than throwing oneself into an ideology and the warm embrace of those who hold it and will buoy your doubts with propaganda.